As I wrote on Tuesday, I love cozy mysteries. Not just to watch, but to read. I spent a lot of time in high school and college reading cozy mysteries. I think I started with Sherlock Holmes, but I can't remember clearly (it's been a long time!). Some of these series I haven't read in years, while others are becoming new favorites, and two I've recently been rereading. See how my list compares to yours!


Mary Russell and Sherlock Holmes (Laurie R. King): I really enjoyed the first five books of this series, but stopped. I'll probably pick it back up someday, as Laurie R. King's writing is superb. 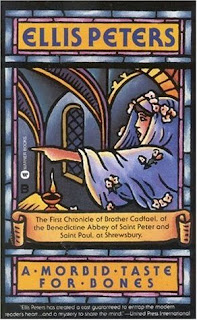 Chronicles of Brother Cadfael (Ellis Peters): This is another series I read in college, but gave up on around book twelve (as I recall, I felt the plots became stale). Brother Cadfael is another memorable character--a mystery-solving monk in medieval Britain.

Dorothy Martin (Jeanne Dams--her other mystery series is worth trying too): Retired American Dorothy Martin moves to England in this enjoyable series. There's a bit of seasoned romance that also adds a lovely touch to the series. 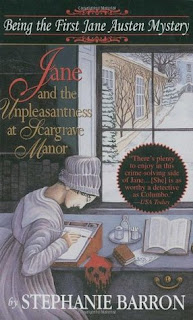 Jane Austen Mysteries (Stephanie Barron): I've left off at book ten, so the series started to get a bit weary for me (though I'll come back to it), but those first seven books or so are wonderful. Barron's characters and mysteries are worthy of Jane Austen.

The Darling Dahlias (Susan Wittig Albert): Set in Depression-era small town Southern US, this heavy-on-historical details, light-on-mystery series is a favorite for the group of characters--the Dahlias--who work together to solve mysteries, and more. Fun tidbits are also found at the end of each book.

Rumpole (John Mortimer): I've recently listened to the first five books again in audio, and they're as much fun as ever--if you like crusty, Wordsworth-quoting English barristers who always stand for the defense, and call their wives "she who must be obeyed"--though there is only one Rumpole. 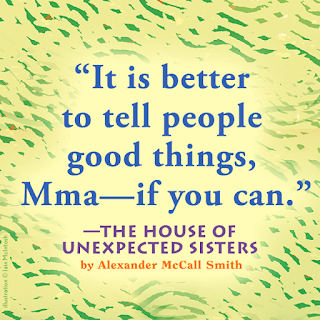 No 1 Ladies Detective Agency (Alexander McCall Smith): Light on mystery and heavy on memorable characters who are kind and wise, this series is always a comfort, mostly because of detective Mma. Precious Ramotswe, Botswana's only PI. I'm waiting for the twentieth book in the series to come in at the library (and then I'll be writing a full series review!)

What books or series have I missed from your list of favorite cozy mysteries?
Posted by Reina M. Williams